In the dappled sunlight beneath shady trees the platypus moves gently through the water. With only a few minutes of oxygen, it closes its eyes, ears and nostrils when foraging underwater and uses its bill, equipped with receptors sensitive to pressure, and with electro-receptors, to find invertebrates for food.

One of Australia’s more elusive species, and most definitely one of its most unique, the platypus occurs in freshwater systems from tropical rainforest lowlands and plateaus of far northern Queensland to cold, high altitudes of Tasmania and the Australian Alps.

With such a diverse range of ecosystems to choose from you’d be pressed to assume that this unique animal lived in abundance however this is far from the truth.

An assessment released by University of NSW scientists and conservation groups in 2020, found the areas where platypus live across eastern Australia has shrunk by 22 per cent over the past 30 years.

Add additional challenges such as the Black Summer bushfires that caused the biology of waterways to shrink in response to the mass movement of ash, preceded by years of drought, and this shy mammal is significantly impacted.

But behind every challenge are countless volunteers and scientists monitoring and supporting its survival into the future.

In the Sydney Basin, Cattai Hills Environmental Network (CHEN) Project Officer Danielle Packer says their work engaging with landholders and community groups will help to better understand platypus who live in urban areas and help to mitigate the pressure caused to waterways with urban expansion.

“Our project is quite new, but we know that there is a small population of platypus in the Hills Shire in the Cattai and Little Cattai Creek Catchments, and we’ve found that they (the platypus) were positive in more urban areas rather than in rural areas.

“There’s lot of questions there and we need to do more research as to why that is and how the platypuses are surviving in response to a lot of urban development and agricultural farming causing severe habitat degradation”.

Danielle said the project began when platypus expert, Dr Michelle Ryan, from Western Sydney University, and the Chair of CHEN Sue Martin joined forces to find out if there were platypi in the catchment.

“(We) undertook a research project using eDNA (eDNA is short for Environmental DNA) and Dr Ryan and Sue, and the volunteers undertook water sampling at 18 sites across the Cattai and Little Cattai Creek Catchments. When we got results back…9 out of the 18 sites were positive which created a great deal of excitement in the Hills Shire community,” says Danielle.

And the groundswell movement is gaining momentum, with new Landcare groups forming in support of local platypi, their health, and their habitat.

“A lot of what we are trying to do is to educate landholders and communities to get them aware that they may have platypus in their nearby waterways and what they can do to help.”

“We have had a lot of schools come on board and we are working with the Hills Shire Council to undertake future planning for the health of the waterways and the platypus.

“(These groups will help us) assess how the Greater Sydney platypus are adapting to these extreme natural events as they become more common. They are a big threat for platypus as they do get impacted by drought. They rely on water availability and small pools for habitat, so things like weirs and dams significantly impact them. It creates issues as if there’s a lack of water, it will increase their rate of being killed as the platypus will need to go on land more (to find new homes) where there are predators.

Danielle says platypus can serve as an indicator species of waterway health as they are usually the first to return to waterways after water quality rehabilitation and conservation efforts have been established.

“These issues are not just about the platypus. They are about a whole ecosystem that is under threat and how the platypus can ‘help’ look after all parts of the ecosystem by bringing community awareness through their unique profile”.

The Southern Highland Landcare Network (SHLN) are as equally passionate with member of the SHLN Platypus Group Clive West, calling the platypus the ‘canary in the mine’ of the waterways.

“One of the things that worries us is water quality, because platypus are kind of like the canary in the mine. With all the bushfires last year we were worried, but our local population is still standing up, but one of the things we’ve noticed further upstream is the impact agriculture has on water quality. Particularly when cattle have been allowed to go into the river. It has caused several kilometres of just mud and poor water quality so there’s no habitat for the platypus so…we’ve been working to revegetate the banks of the river with local landholders,” says Clive.

Danielle agrees, saying if agricultural activities are not done sustainably, platypus populations and water quality will continue to be severely impacted.

“Platypi are pretty hardy, but their food source and homes are easily affected by even small changes in water quality. So, for example, if there’s no fences along the creek, livestock are defecating in the water, their hooves are creating erosion degrading the bank so platypus can’t create their burrows in the bank. Fertilisers and pesticides are running into the creek affecting water health and therefore affecting water bug diversity (platypi’s main food source). So if agricultural landscapes aren’t looked after properly, if they’re not fenced off or there’s not much riparian vegetation then platypus won’t be able to live there.

However, both reiterate that education is the key.

“Education plays a big role. Platypi are a bit like the koala. They are an iconic species and people are inherently interested in them because they’re pretty strange creatures and if people know how vulnerable they are then you’ll get funding and support for them. It’s so important to get public support for them,” says Clive

“(Simple things that we never think of such as) lidded yappy traps are a death trap for the platypus. Once the platypus goes in they only have a couple of minutes to live, because they can’t get out to breathe. But our group advocated for them to be banned by making contact with our local MP (Greens Member Cate Faehrmann, MP) and alerted her to this because we have been trying to get them banned. Cate talked to the Minister for the Agriculture, Adam Marshall who was very supportive and within days we had a compete ban on them! That was us agitating for just one change so we need the public to be agitating for protection.

“But people can help by learning. By being involved. By spreading the word that there’s a need for protection! They are an iconic species and they need to be protected and it (absolutely) comes down to education and awareness that there is a need for increased protection and extending the habitat and protecting the waterways. The benefit goes beyond the platypus.

“So when we found one dead platypus from the recent serious floods, it was terrible. The sheer volume and ferocity of water is deadly for them 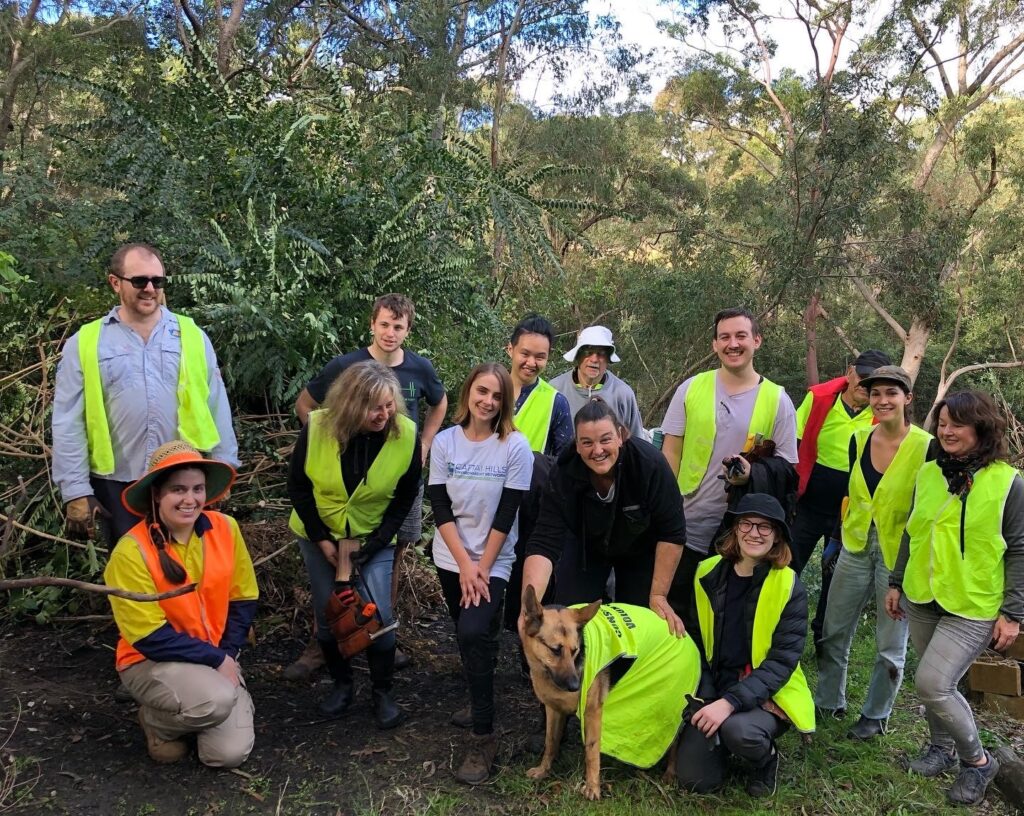 “I definitely think people being involved in community groups like Landcare, taking part in platypus surveys, if they live along the riverbank that is degraded making sure they revegetate it. All those things can, and do, make an impact. But I think there is a need generally for the average person to be aware of the issues facing us. Things like climate change and taking care of the environment. We need to raise awareness more generally that you need to have – an appreciation of the world – that is beyond the money side of things.

“To be honest, it’s sad that not until koalas were critically endangered did people properly sit up and say ‘oh well we better do something about this’. Platypus need that support and a similar sort of push and awareness of their threats.

Danielle agrees, saying support by all members of the community will ensure they survive and thrive across all of Australia.

“They are such a fascinating and unique creature! They are an egg laying mammal, and they can even glow in the dark! It is such a shame to just let them slide away when they are such a unique Australian icon. They are beautiful and I want to look after them.

“It is important to remember though, that these issues we are facing are not just about the platypus, it is about the ecosystems they are a part of that are under serious threat from human activities It is more important than ever that we look after our waterways so that all parts of the ecosystem are protected. The more people who are passionate about the platypus the better!” said Danielle.