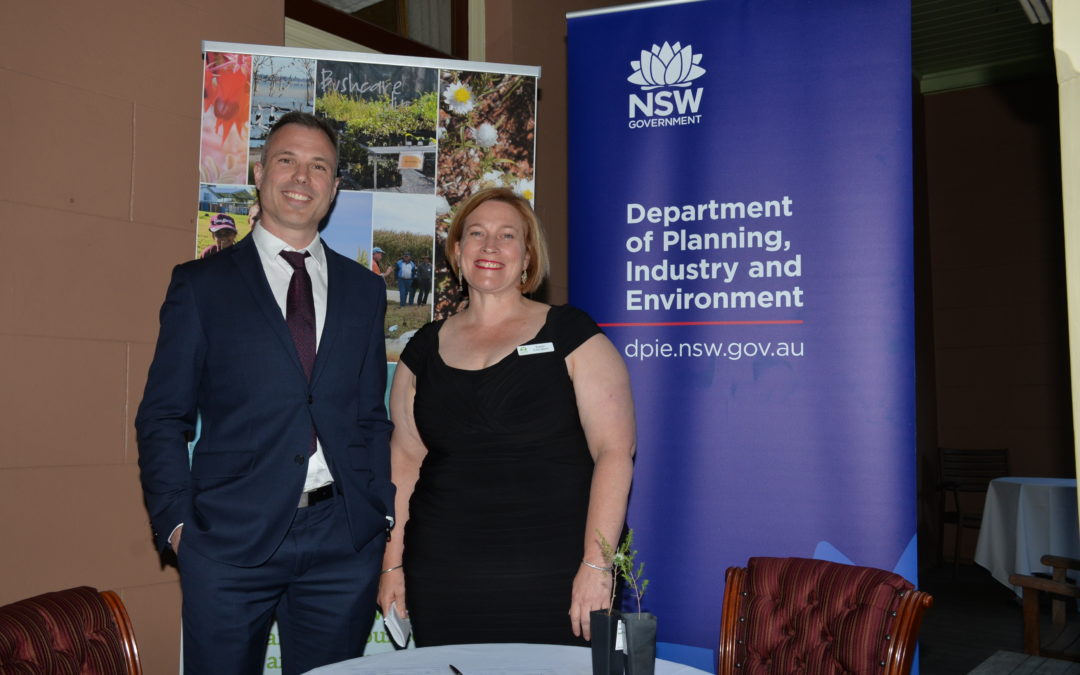 A new partnership between Landcare NSW and the Department of Planning, Industry and Environment was announced last night in Sydney at Landcare NSW’s annual Trees in the House event at NSW Parliament House.

Landcare NSW CEO, Dr Adrian Zammit, said: “Landcare NSW is pleased to bring the skills and dedication of our extensive networks to help meet this ambitious target. Our shared challenge is not only to get the trees in the ground but to do the follow up work necessary to ensure they survive; a stable and properly-funded Landcare system is critical to the success of this initiative.”

Planning and Public Spaces Minister Rob Stokes said: “We’ve set an ambitious target to increase Greater Sydney’s tree cover and partnerships like this one with Landcare NSW will be vital to achieve it.”

Trees in the House, Landcare NSW’s yearly flagship event, is co-hosted with the NSW Parliamentary Friends of Landcare (PFL) group. The PFL is a cross-party group of NSW Members of Parliament who have a common interest in demonstrating support for the goals of Landcare.

Guests were given a native seedling to take away and plant. Trees adopted on the night were registered online and will count towards the target.

The evening also focused on the NSW Landcare Program (2019 – 2023), which is a continuation of the previous Local Landcare Coordinator Initiative (2015 – 2019) and in particular the new regional coordinator role.

The NSW Landcare Program (2019 – 2023) is a $22.4 million investment co-delivered by Landcare NSW and NSW Local Land Services to unlock the potential of the extensive volunteer network and Landcare movement across NSW. A 2018 study found Landcare contributes $500m to the economy every year.

“We’re seeing the overall health of Landcare groups surge because of the on-ground support that Local Landcare Coordinators are providing. The addition of Regional Landcare Coordinators will play a pivotal role in growing the effectiveness of our statewide Landcare network. They are the drivers of regional resource and knowledge sharing and will coordinate and leverage the strategic goals of Landcare NSW and its member groups.

“The work that Landcare groups do every day across NSW directly benefits us all, but establishing resilient landscapes and communities especially during these trying times of prolonged drought and now bushfires, requires ongoing support and resources which is why our partnership with the NSW Government is fundamental to our ongoing operations,” Dr Zammit said.