Landcare NSW turns 10! Celebrating a decade of Landcare in NSW 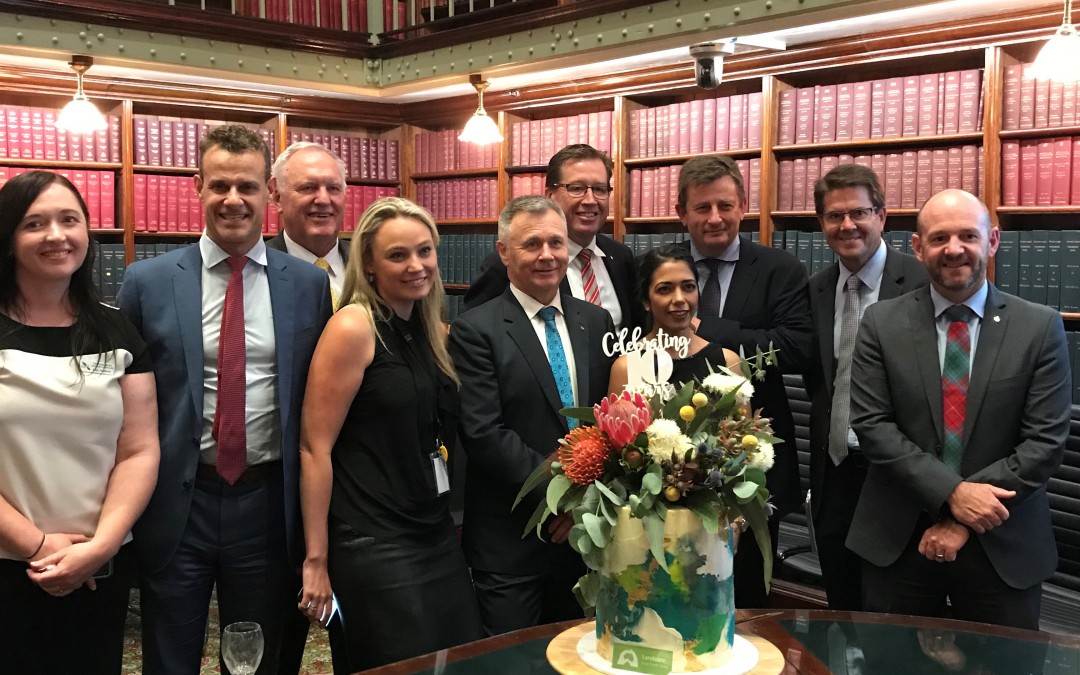 Over 80 Members of Parliament, Government representatives and Landcarers from across the State attended the annual Trees in the House event at Parliament House in Sydney last night.

Landcare NSW Chair Rob Dulhunty said, “The environmental problems we face are too big for government or community alone.  To protect our natural resources, government and the community must share responsibility and work together in a genuine partnership.

“An active Landcare community is needed now more than ever.  We’ve got an effective model, we just need to support it.”

Recently-appointed Chair of the Parliamentary Friends of Landcare, Kevin Anderson, Member for Tamworth, opened the event and acknowledged the 10 year anniversary of Landcare NSW and its significant and valuable role as the peak body for community Landcare.

“It’s not easy to start a community organisation from scratch so let’s mark this milestone and celebrate what has been achieved.  I encourage MPs and MLCs who haven’t already joined, to sign up to the Parliamentary Friends of Landcare.  Your local Landcare communities will be very appreciative and you will develop many new connections throughout your communities,” said Mr Anderson.

“I believe there is a real energy about Landcare, with community members of all ages keen to get involved.

“Nearly every weekend right across New South Wales you’ll see groups of people doing their bit, out and about looking after and improving our environment,” said Mr Anderson.

The NSW Parliamentary Friends of Landcare (PFL) is a cross-party group of NSW Members of Parliament who have a common interest in demonstrating support for the goals of Landcare.

Members of Parliament were given a native seedling to take away and plant in their electorate which were kindly provided by Sydney’s Habitat Community Nursery as a gift from Landcare.