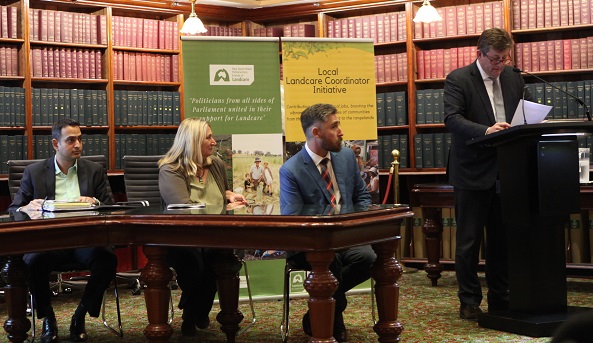 A study released estimates the net benefits delivered by a supported NSW Landcare community to be $500 million a year, based on the data available.

Landcare NSW Chair Rob Dulhunty was pleased with the report’s findings, but not surprised.

“Anyone associated with Landcare will testify to the value it provides. The outcomes Landcare generates for the environment, agriculture and people are widely known. This study puts a dollar value on these benefits,” said Mr Dulhunty.

Aurecon’s assessment of the benefits of Landcare in NSW shows the impact of a supported Landcare network is significant. It highlights the importance of the contribution made by Landcare NSW, through its role as a statewide peak body and through programs such as the Local Landcare Coordinator Initiative which it jointly manages with NSW Local Land Services, in helping achieve these outcomes.

The study’s author, Senior Economist, Kapil Kulkarni, presented his findings from this landmark research at a forum held at Parliament House in Sydney on 21 June 2018.

“The Aurecon team learned a lot about Landcare during the study and we were amazed by how much of a difference Landcare makes to communities and the environment across NSW.

“We couldn’t quantify the benefits of all activities. However, we found significant economic benefits associated with the subset of activities we could value. The benefits are likely to be larger than what we are able to estimate based on the available data,” said Mr Kulkarni.

Read the full report below:

Watch the video recording of the presentation: